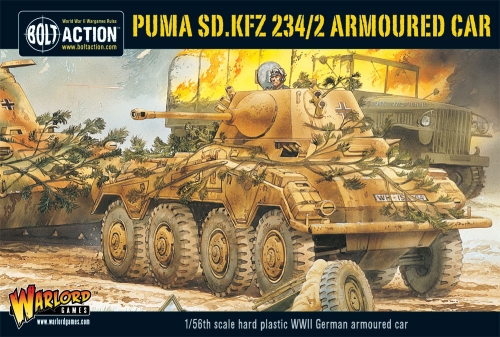 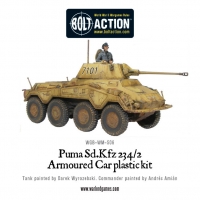 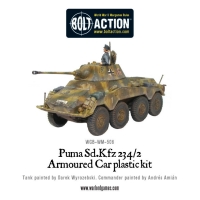 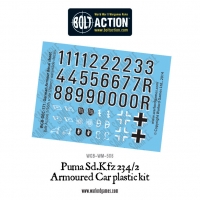 The Puma is, arguably, one of the best-looking armoured cars of WWII. A variant of the Sdkfz 234 it boasted a fully enclosed turret with a 5cm gun and thicker armour than other variants. Despite this additional armour the Puma was still capable of speeds greater than 50 miles per hour (that's 85km) and saw use as a scout vehicle from 1943 onwards on both Eastern and Western fronts, as even the thickened armour didn't offer much in the way of protection.

The fully enclosed turret of the Puma variant had a KwK 30 50mm gun.